I think a lot has already been written about the wine, the landscape and the historical half-timbered architecture.
It is precisely because of these incomparable attributes that the Moselle region is booming and is highly appreciated by both national and international audiences. There are obviously other possibilities that make this holiday region between the Eifel and Hunsrück so attractive. 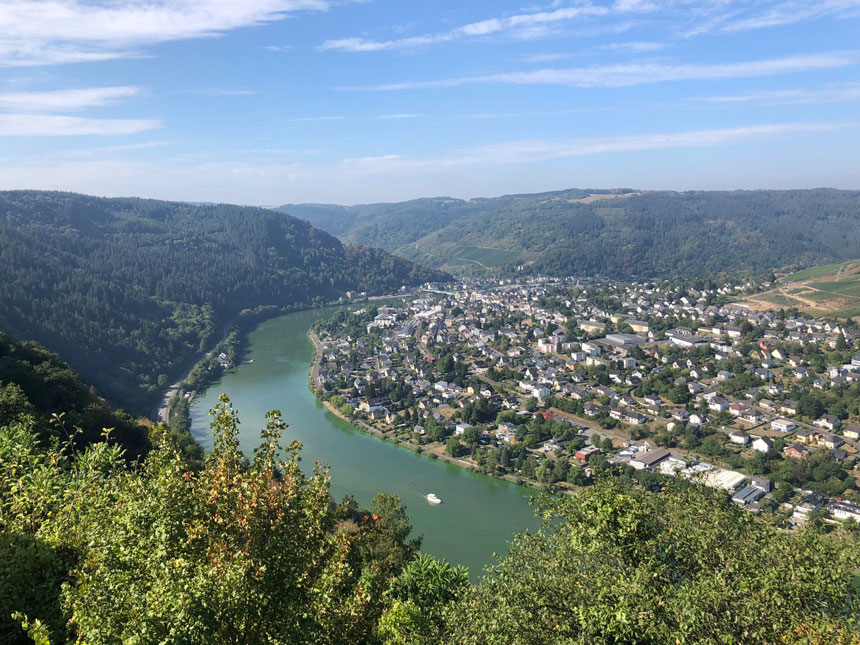 At the end of the 80s, the Moselle had fallen into disrepute not only because of various wine scandals. When it came to tourism, people relied on skittle clubs and bus tourism and probably thought it was going well. Top gastronomy and upscale hotels along the river took place only in an extremely limited framework. It was only slowly that new strategies were developed. The main focus of his time was on cycling, the cycle paths were extended. In the bundle with the event “Happy Mosel” a new kind of holiday guests was won, who are more active and want to be active in the fresh air. Due to the new eBike boom, this activity is not only accessible to sporty people, but also to the somewhat more comfortable fellow cyclists. Thus these cycle paths are almost too well frequented in the summer months around the Hotspot Bernkastel-Kues. 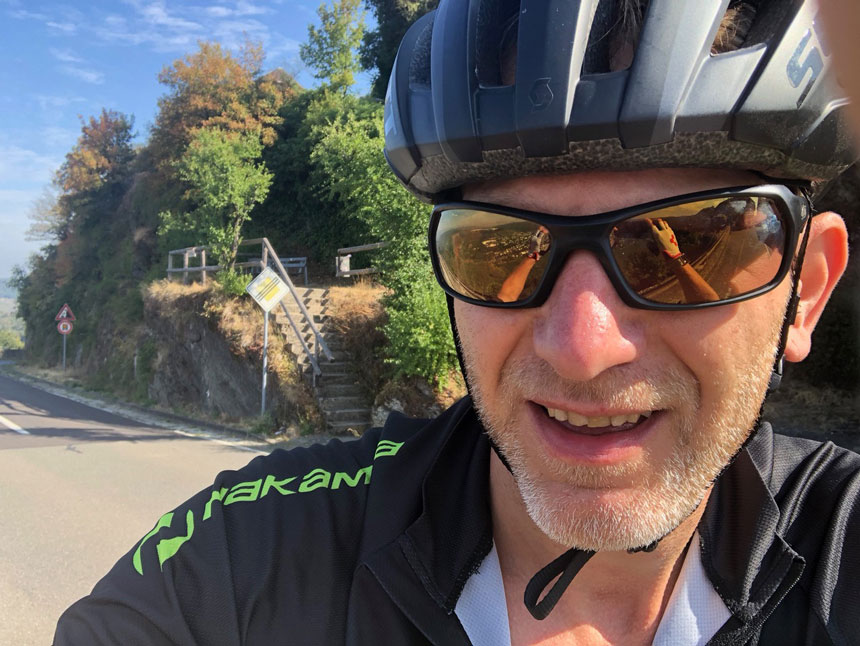 A little more than eight years ago we walked around Bernkastel in the forests of the Hunsrück, the hiking trails were in a very bad condition, if they still existed completely. Three years later we took part for the first time in the 24 hour hikes around Bernkastel-Kues, which we repeated twice. They were grandiose hikes and it was amazing what has been going on in this region during this time.
Dream trails have been created and the premium hiking trail Moselsteig is now one of the most beautiful in Europe. 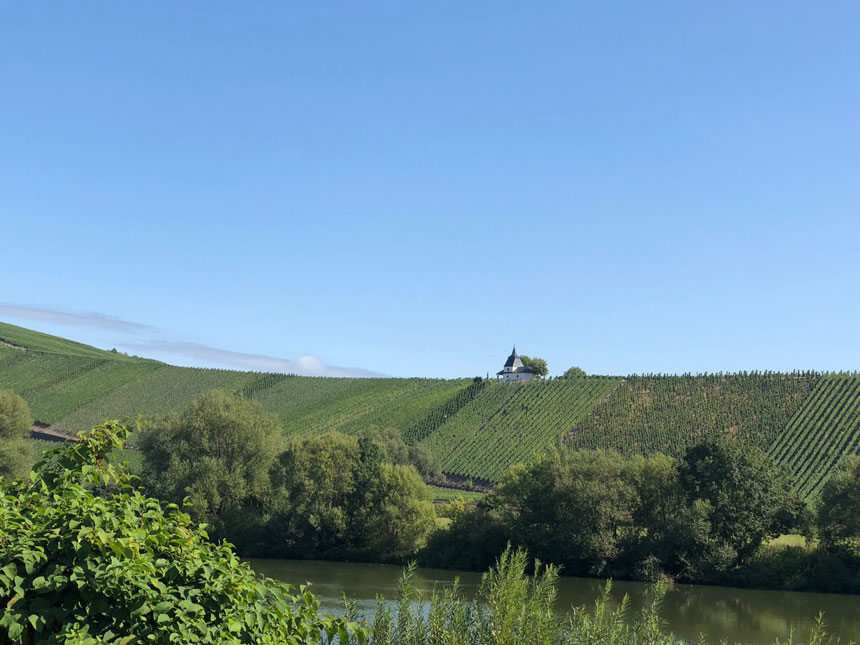 These hiking trails are often crossed by mountain bike routes, amazing as I found it, because it is partly
went steeply downhill. During my research at home I had to find out that these trails are among the most demanding in Germany.

All these experiences brought us ever closer to the sport as a balance to the work-intensive everyday life. It all started with the usual gym and the first running sessions. The chronic back problems became less and less, so we ran a bit more. Until finally the first long-term goal was set, the marathon in New York. 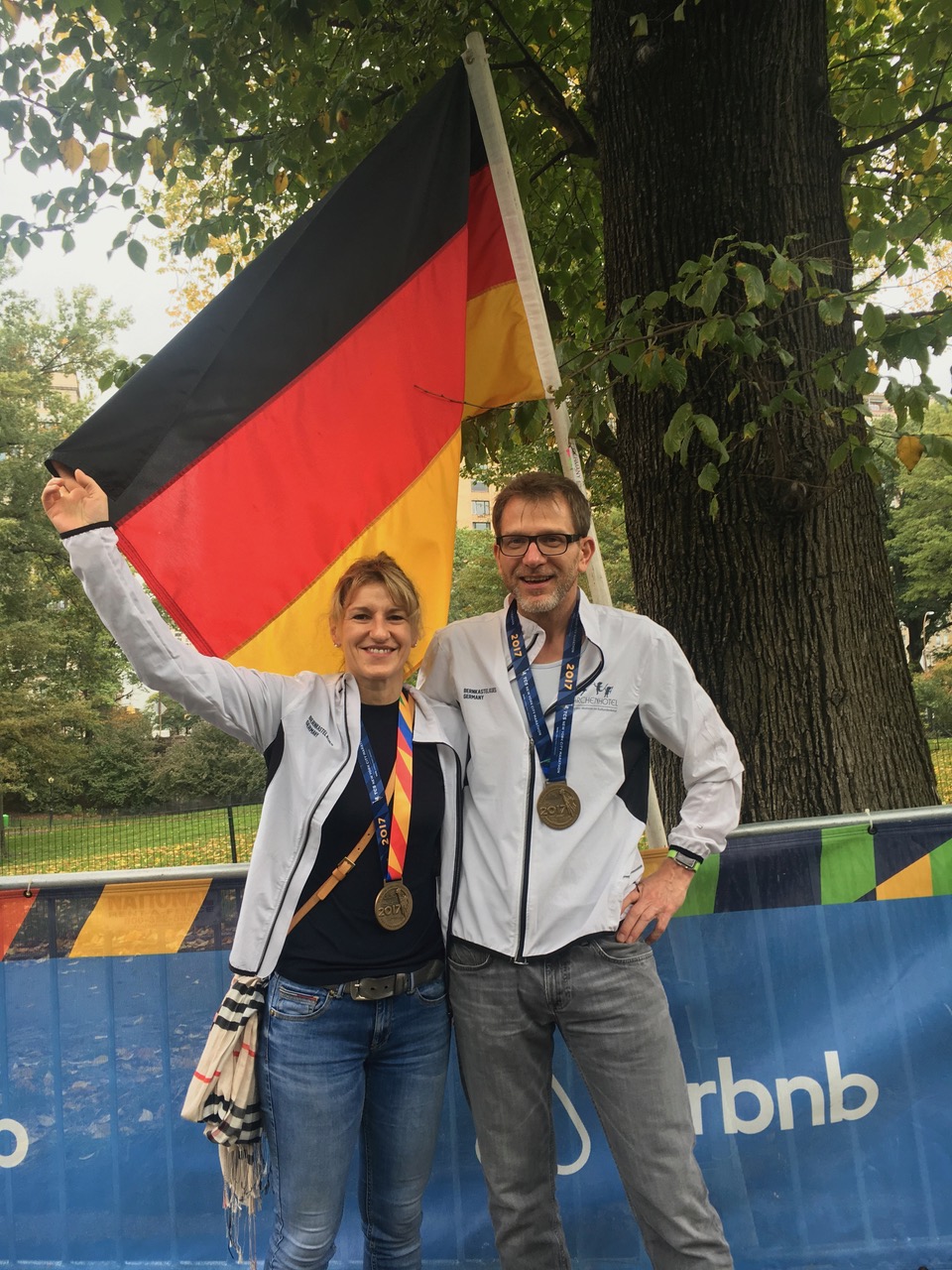 The training lasted over a year, with wonderful running moments along the Mosel river bank. 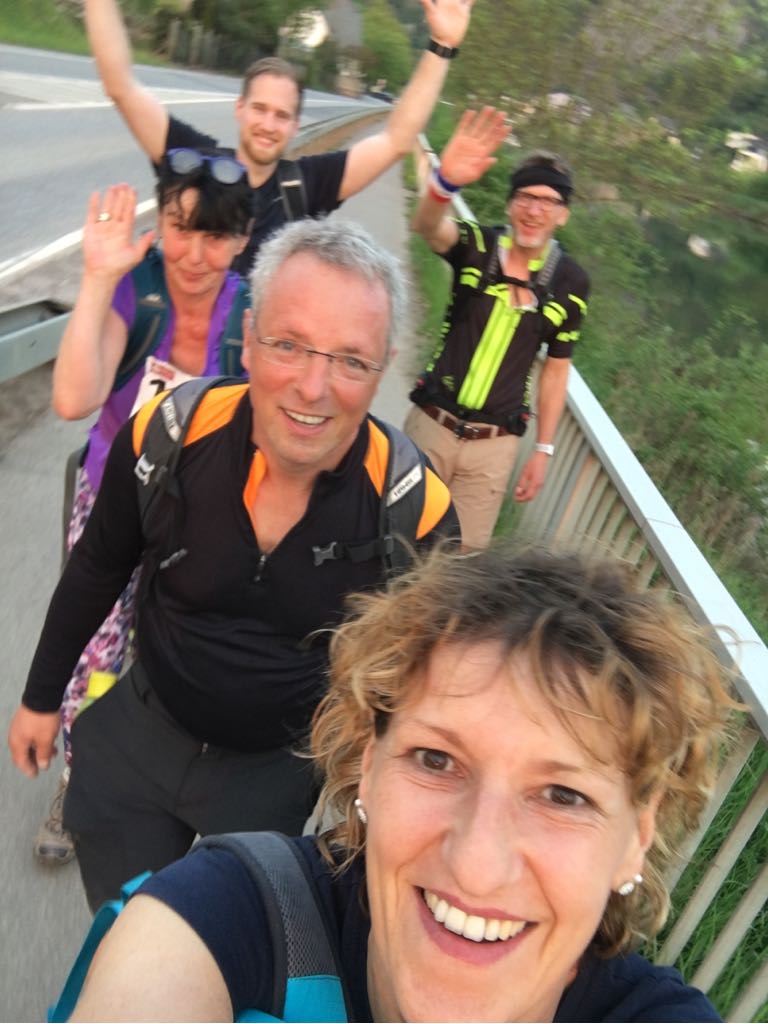 Especially in the morning, when the cycle paths are still empty, there were breathtaking moments to experience the Moselle in every season. We have been living here for over 40 years now, but it was a completely different way of looking at things that revealed itself to us. For quite some time the sporty field of activity has expanded by a mountain bike and a racing bike and thus also the way of looking at things. It is amazing how the villages have developed, with ultra-modern wine shops and idyllic places to stop.

We are happy to advise our guests, provide them with tips and recommendations from our own experience.
Or they walk or cycle spontaneously with us through the holiday region Bernkastel-Kues. 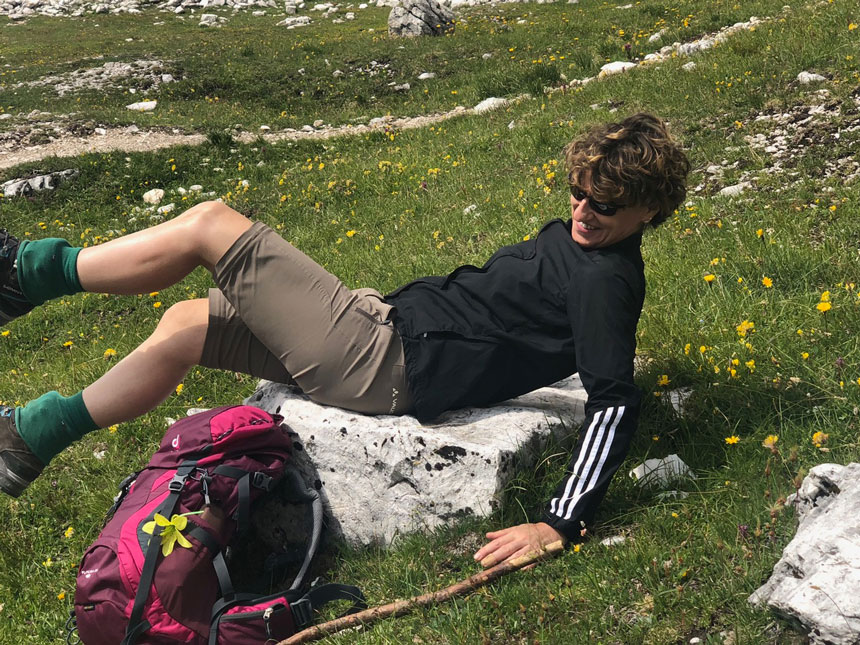 Please note: Our house is not barrier-free.

Good Morning, we are back in the eighties for a m

Your hotel with a view of the Moselle – Moselhotel Sonnenuhr